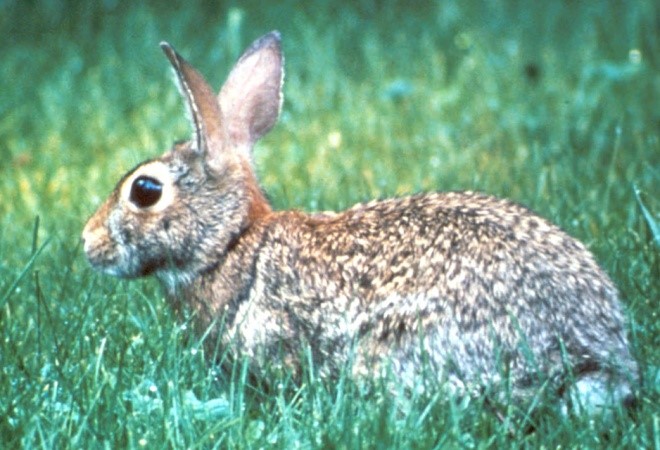 In most states, cotton-tailed rabbits are classified as game animals and are protected. Some states allow property owners to trap or shoot rabbits outside the normal hunting season on their own property if the animals are causing damage. Check with your state and local authorities for options in dealing with cottontails.

The eastern cottontail rabbit appears gray or gray-brown with a characteristic rusty brown spot on the nape of the neck. They have large ears and their hind feet are much larger than the forefeet. The tail is short and white on the undersurface, similar to a cotton ball. Eastern cottontails are 15 to 19 inches in length, and weigh 2 to 4 pounds.

The range of eastern cotton-tailed rabbits extends from southern New England along the Canadian border westward throughout much of the eastern US.

Tularemia, or “rabbit fever,” is the most notable disease associated with cottontails. It is caused by bacteria and it can be transmitted to humans through the bite of a rabbit, tick, or flea; or by handling the carcass of an infected animal. Avoid direct contact with rabbits that are dead, emaciated, or exhibit abnormal behavior such as lethargy, incoordination, and lameness. Wear latex or vinyl gloves when handling and butchering rabbits. Immediately discard rabbits having livers speckled with small, white spots. In case of illness, inform medical personnel of contact with rabbits. The symptoms of tularemia are similar to those for the flu.

Rabbits generally live 12 to 15 months, and only 1 in 100 lives 3 years. Typically, a female produces 2 to 3 litters annually, with 5 to 6 young per litter, in the northeastern US. Their first litters are born in March or April. Gestation is 28 or 29 days, and females usually breed again within a few hours after giving birth. Young cottontails are born nearly hairless with their eyes closed. Their eyes open in 7 to 8 days. Young leave the nest in 2 to 3 weeks, and reach sexual maturity in less than 6 months. In good conditions, a pair of cottontails can produce about 18 young during the breeding season. Weather, disease, predators, encounters with cars and hunters, and other mortality factors combine to control rabbit populations.

Cottontails do not dig burrows, but rather use natural cavities or burrows excavated by other animals. Piles of brush and other cover often are used as alternatives to burrows.

In spring and fall, rabbits use a small cavity on the surface of the ground called a “form” (Figure 2) to rear their young. The form provides the rabbits some protection from weather but is largely used for concealment. 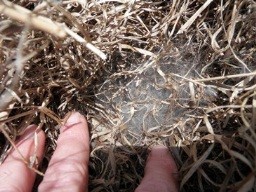 Figure 2. A rabbit form is a small depression in which rabbits repeatedly lay. Photo by Jan R. Hygnstrom.

Cottontails are most active at dusk, dawn, and during the night. Most of their time is focused on eating, reproducing, and avoiding predators.  When startled, they often freeze to avoid detection. Once observed, they can run very quickly with a zig-zag pattern.

Cottontails generally spend their entire lives in an area of 10 acres or less, but may move a mile or so from summer to winter range, or to a new food supply. In suburban areas, rabbits are numerous and mobile enough to fill any open habitat that is created when other rabbits are removed. Population density varies with habitat quality, but one rabbit per acre is common.

Rabbits eat flowers (e.g., tulips) and vegetables (e.g., peas, beans, and beets) in spring and summer. In fall and winter, they clip twigs and gnaw bark (Figure 3) from trees and shrubs, particularly when snow is deep. Rabbits can reach 20 inches above ground or crusty snow. 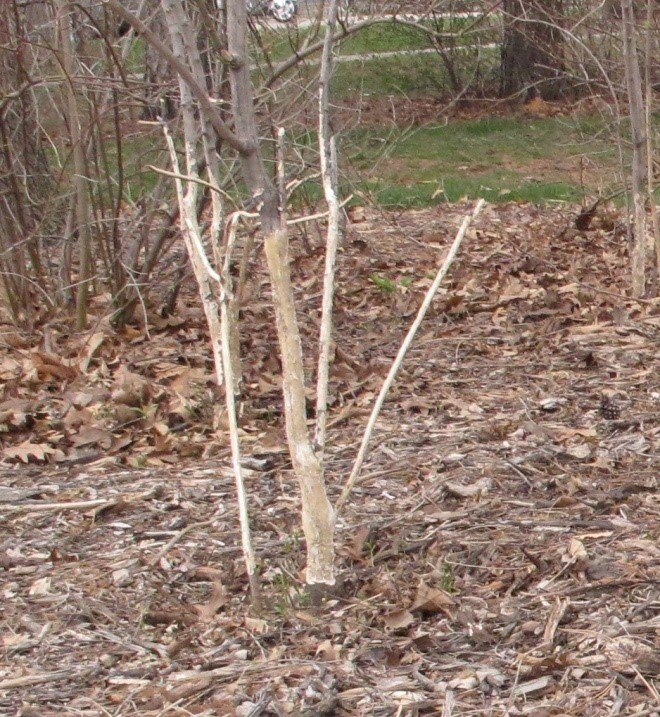 Cottontails seem to prefer plants in the rose family. Apple trees, black and red raspberries, and blackberries are the most frequently browsed, fruit-bearing woody plants, although cherry, plum, and nut trees also may be browsed. Rabbits take a variety of ornamental trees and shrubs, especially Euonymous, dogwood, and roses.

Rabbits generally are silent, but can emit high-pitched squeals when in distress.

Tracks of rabbits typically are found in snow or fine soil (Figure 4) and have a 1-1-2 pattern (Figure 5). Droppings of rabbits often are easy to identify as bunches of round, dry balls (Figure 6). Deer pellets are often, softer, darker, and more oblong in shape. 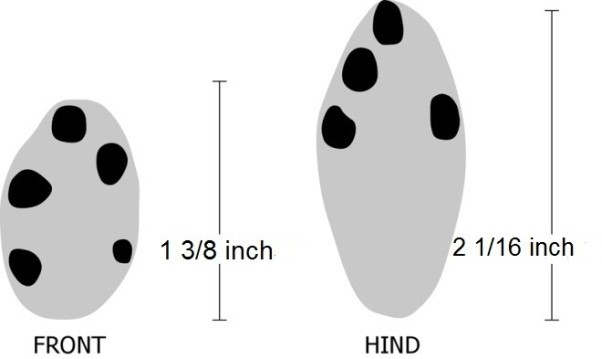 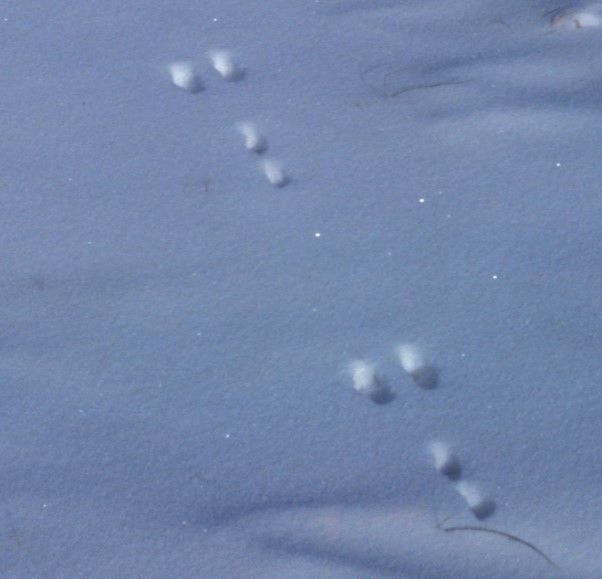 Figure 5. Tracks of an eastern cottontail rabbit in snow. Photo by unknown. 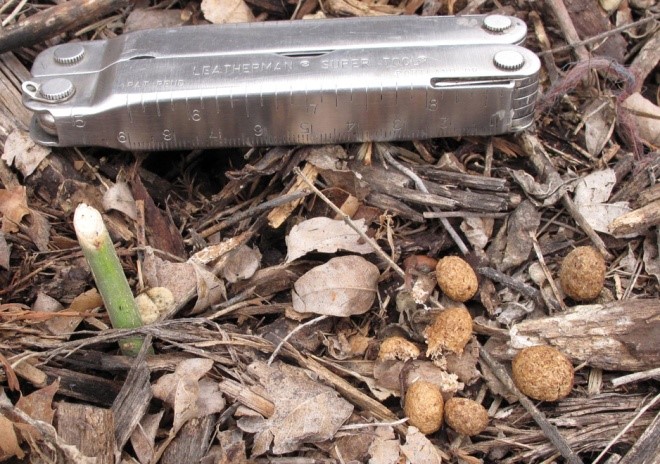 Figure 6. Droppings of rabbits in winter tend to be filled with remnants of fibrous plant material. Photo by Stephen M. Vantassel.

Rabbits damage woody plants by gnawing bark or clipping off branches, stems, and buds. Young plants are clipped off up to 20 inches above the height of the snow, and large trees and shrubs may be completely girdled.

Among shade and ornamental trees, the species most often damaged by rabbits include mountain ash, basswood, red maple, sugar maple, apple, cherry, red and white oak, and willow. Sumac, rose, and dogwood shrubs are often are damaged by cottontails. Young trees may be clipped, and older trees may be girdled and killed. When the ground is covered with snow for long periods, rabbits may severely damage expensive plants in home landscapes, orchards, forest plantations, and nurseries.

Rabbits damage a wide variety of flowers. The most commonly damaged are tulips, especially the first shoots that appear in early spring. Rabbits eat peas, beans, beets, and other garden plants, often pruning them to ground level.

Rabbits generally are not a threat to crops or other animals. They may carry diseases and parasites that can infect pets if they come into proximity with one another.

Rabbits rarely damage structures. If damage occurs, it usually is from gnawing on the edges of wood siding and trim.

Use plants in the landscape that rabbits do not prefer. For example, plant daffodil bulbs rather than tulips.

Rabbits usually do not climb. Fences 24 inches high, with bases secured to the ground, will protect gardens, flowerbeds, and shrubs. Mesh must be small enough so that young rabbits cannot crawl through. Use cylinders made from hardware cloth to protect fruit trees and ornamental plants. Cylinders should be 20 inches higher than anticipated snow depths.

No frightening devices are reliable for discouraging rabbits.

Most rabbit repellents are not registered for use on food crops. Repellents may work through either taste or odor.  Effectiveness often depends on the feeding motivation of rabbits, and the availability of alternative foods.

Taste-based repellents make the plant less palatable, and typically are applied directly to the plant. Capsaicin extract from hot peppers found in Deer Off™, Get Away™, and Scoot™ may reduce feeding, but it tends to be short-lived. Reapplication may be needed after rain, irrigation by sprinklers, or when new growth occurs.

Odor-based repellents keep rabbits from an area through fear or a foul smell. A wide variety of active ingredients are used, including: ammonium soaps (Hinder™), putrescent eggs (DeFence® and Liquid Fence®), thiram (Spotrete™), predator urine (Shake-Away™), or garlic (Sweeny’s® Deer & Rabbit Repellent). They typically are applied to the soil perimeter around bedding plants, and on foliage to repel rabbits. Effectiveness is quite variable, and there is little recent research with rabbits to provide reliable recommendations.

No toxicants are registered for the control of rabbits.

Sport hunting and shooting with a .22-caliber rifle, or shotgun with No. 6 shot, may help to reduce populations of rabbits in a local area. Check state and local regulations regarding the use of firearms, especially in urban and suburban areas.

Cage and box traps may be used to capture rabbits causing damage, and are more effective in winter when food is scarce. Use apple slices as bait. Always check with state and local authorities before attempting to trap rabbits. Rabbits are protected game animals, and permits may be required.

Relocation of rabbits is suitable only in rescue situations.

If state regulations allow translocation, release rabbits in suitable habitat in rural areas several miles from where they were trapped. As for trapping, state permits may be needed to transport rabbits. Do not release rabbits where they may create a problem for someone else.

Carbon dioxide is the best method for euthanizing rabbits. They also can be humanely killed with a gunshot to the head, if legal and safe at your location.