Woodchucks may damage vegetables in gardens, strip fruit from tree limbs, and damage or kill trees. Woodchuck burrows may undermine building foundations, and be a hazard for field equipment or livestock.

Woodchucks are considered either game animals, or are unprotected in most states. Check your state wildlife regulations.

Woodchucks (Marmota monax, Figure 1) are large members of the squirrel family and are closely related to other species of marmots in North America. They also are known as ground hogs and whistle pigs.

Woodchucks usually are grizzled gray-brown from head to toe. Their compact, chunky body is supported by short strong legs. The forefeet have long, curved claws that are well adapted for digging burrows. The tail is short, furred, and dark brown. As with other rodents, woodchucks have yellow-white, chisel-like incisor teeth. The eyes, ears, and nose are located toward the top of the head, allowing the animal to remain concealed in its burrow while checking for danger over the rim of the burrow opening.

Both sexes are similar in appearance, but males are slightly larger. Woodchucks weigh 5 to 10 pounds. The total length of the head and body averages 16 to 20 inches, and the tail is 4 to 7 inches long.

Woodchucks occasionally scare homeowners by aggressive displays known as bluff charges. Healthy woodchucks will flee from people, although woodchucks will defend themselves when cornered. Pets and children should not approach woodchucks. Although rare, woodchucks may be infected with rabies, tularemia, and hepatitis. A variety of ectoparasites, including ticks, that are disease vectors, also infest woodchucks.

Dens may cause safety issues for pedestrians and wheeled vehicles, particularly on hillsides.

Woodchucks breed in March and April. One litter of 2 to 6 young (usually 4), is produced each year, after a gestation period of about 32 days. Young are born blind and hairless, and weaned by late June or early July. They leave the nest soon after they are weaned. Young frequently occupy dens or burrows that are abandoned. New burrows that appear during late summer usually are dug by older woodchucks. The lifespan of a woodchuck is 3 to 6 years.

Woodchucks commonly place burrows in fields and pastures, at the base of trees, and along fence rows, stone walls, roadsides, and building foundations. The burrow serves as home to the woodchuck for mating, weaning young, hibernating, and protection. Woodchucks maintain sanitary den sites and burrow systems, and replace nest materials frequently. A burrow or den system is used for several seasons. The system is irregular and may be extensive. Burrows may be 5 feet deep, and 8 to 66 feet long (Figure 2).

A woodchuck burrow has a large mound of excavated earth at the main entrance, called a porch. The main opening typically is 10 to 12 inches in diameter. Many burrows have 2 or more entrances. The secondary entrances are dug from below the ground, and do not have mounds of earth beside them, making them difficult to locate. The secondary entrances provide an escape to or away from the den when pursued by predators. Burrows not in use by woodchucks provide habitat for rabbits, weasels, and other wildlife.

Woodchucks enter true hibernation near the end of October or early November, and it continues until late February and March. In northern latitudes, hibernation generally starts earlier and ends later. Males usually come out of hibernation before females and sub-adults, and may travel long distances in search of a mate.

Woodchucks usually range 50 to 150 feet from their dens during the daytime. This may vary during the mating season and depend on the availability of food. Woodchucks primarily are active during daylight. They sometimes bask in the sun during the warmest periods of the day and may doze on fence posts, stone walls, large rocks, or fallen logs close to the entrance of their burrow. Woodchucks can climb well, and are sometimes seen in lower tree branches.

Woodchucks forage most heavily in the early morning and evening. They primarily are herbivores and feed on a variety of vegetables, grasses, and legumes. Preferred foods include soybeans, beans, peas, carrot tops, alfalfa, clover, and grasses.

When startled, a woodchuck may emit a shrill whistle or alarm, proceeded by a low, abrupt “phew,” and followed by a low, rapid warble that sounds like “tchuck, tchuck.” The woodchuck makes this call when startled at its burrow entrance. Tooth popping and chattering may indicate that a bite is eminent.

Woodchucks can be identified by observing individuals during the day, and by finding den entrances. The presence of flies may signify an active den. Den holes average 10 to 12 inches in diameter with excavated soil in front of the main entrance.

The hind feet of a woodchuck are 2 to 3 inches long and frequently obscure tracks of the front feet. Tracks may be found in sandy areas (Figure 3). Woodchucks deposit scat underground, making it a rare find. 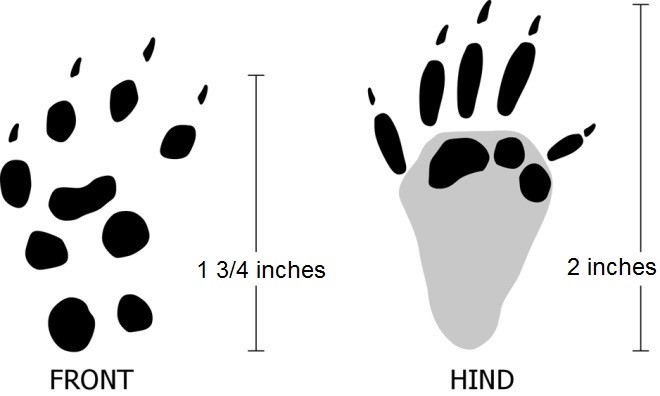 Figure 3. Tracks of a woodchuck. Image by Dee Ebbeka.

Woodchucks can cause significant damage to crops such as beans, lettuce, peas, carrots, cabbage, clover, and plantain. Trees may be severely damaged or killed by chewing and territorial marking (Figure 4). Woodchucks may strip apples or cherries from trees in the vicinity of dens. Woodchucks readily climb fruit trees, causing damage to limbs and fruit. Broken limbs of fruit trees can be mistaken for damage by raccoons. 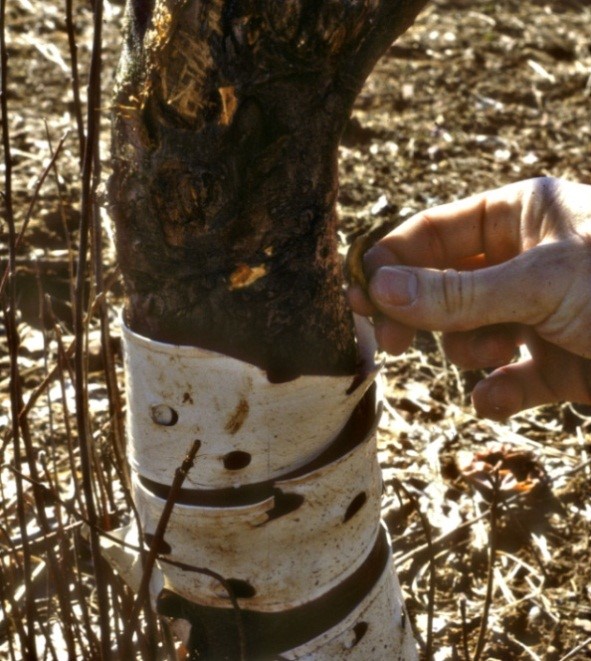 Figure 4. Damage to a fruit tree by woodchucks. Photo by Robert K. Swihart.

Woodchucks can damage vegetables, ornamentals, nursery trees, fruit trees, and forage crops such as alfalfa and clover. They are often a major problem for home gardeners. Woodchucks are not a threat to livestock.

Woodchuck burrows undermine foundations of buildings, pools, and sidewalks. Woodchucks chew on wood and may gnaw on pipes, irrigation lines or hoses, and wires.

Close sheds and make them tight to prevent entry by woodchucks. Remove piles of rock, wood, and brush that may be attractive den sites. Keep fields and ditch banks mowed to expose woodchucks to predators.

Surround gardens with a 3-foot-high, wire-mesh fences with a 9- to 12-inch overhang. Bury a skirt of wire that extends 2 inches underground and 18 inches out from the vertical fence to prevent digging. Use single- or double-strand electric fences less than 8 inches aboveground where legal.

Dogs can frighten woodchucks from an area.

Fox urine is registered as a repellent for woodchucks, although its effectiveness has not been studied. Follow all label requirements, and clients may not want to apply urine to food crops.

Gas cartridges are fumigants registered for the control of burrowing rodents, including woodchucks. Follow label instructions carefully, as gas cartridges pose a fire hazard, and should not be used near buildings.

A .22-caliber rifle or shotgun with No. 4 shot, in the hands of an experienced shooter, can eliminate problem woodchucks. Shooting may be limited in urban areas due to discharge regulations. Although shooting may remove a problem woodchuck, research has shown that empty burrows may be quickly reoccupied during the growing season.

An experienced trapper could use the appropriately sized Conibear® or foothold trap to remove a woodchuck efficiently. However, some states have regulations prohibiting such sets in urban areas or near public trails.

Woodchucks can be flooded out of dens and into nets. Plug all burrow openings that can be found, except for the main entrance.  Stretch a 2- x 2-inch mesh net loosely over the opening, and run water into the main entrance though a garden hose. Be prepared to euthanize the netted woodchuck, or move it into a transfer cage.

Relocation is not recommended unless the woodchuck is being rescued.

Translocation is not recommended unless the woodchuck is being rescued.

After addressing safety concerns, a .22-caliber firearm in the hands of an experienced shooter is a good option, where shooting is allowed. The shot should be from close range and directed to the head. Follow rules of firearm safety at all times. Woodchucks also can be euthanized by carbon dioxide gas.